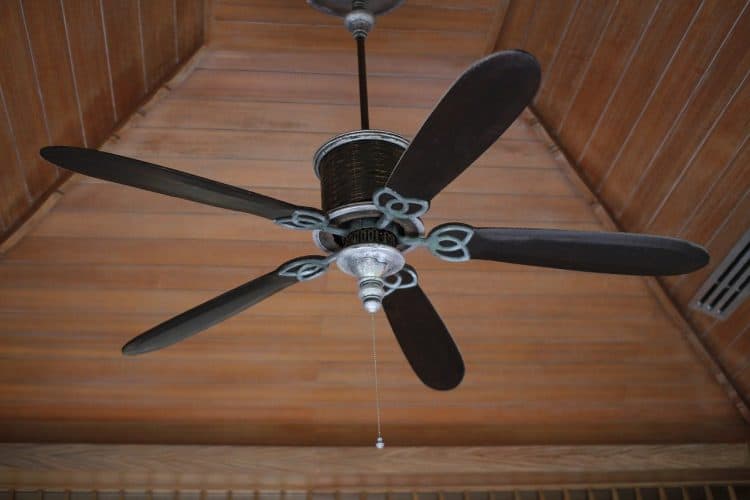 When remodelling your home, of course you want to make it look as fantastic as possible – everyone wants to be on trend these days, and with the rise of home decor shows and blogs, a general dislike for ceiling fans remains a common theme, but is it really founded in any evidence other than personal taste?

So, is it true – are ceiling fans outdated and out of style?

We don’t think ceiling fans are outdated at all, however the answer will differ with everyone you ask. It’s generally all down to personal taste and the type of look & feel you’re going for in a room.

If you ask a modern, chic interior designer that believes minimalism is the key to life, the answer is going to be yes, they’re out of fashion. But if you ask someone practical, the answer will probably be no, ceiling fans have been and always will be a staple in each household.

Ceiling fans have come a long way in the recent years, with many different finishes, features and functionality. No longer are they all like that old fashioned, plastic worn out fan in your grandma’s house.

Not only do they come in a wide variety of forms, they also offer strengths over alternative forms of cooling and heating.

Let’s first take a look at how ceiling fans became popular in the first place and what has led to their slow decline in popularity and more recent rise back to fame.

Why Did Ceiling Fans Become Popular?

Primarily we notice three different reasons due to which ceiling fans have become a staple in our households. These reasons were cultivated over the past generation and have been integrated as a household essential throughout the world.

Ceiling fans don’t take up any floor space, so you’re actually saving space when it comes to other fans. You get the cool air without any occupation of space on the floor, and the room remains well ventilated. Especially in smaller homes, you want to maximize the amount of floor space so getting yourself ceiling fans is an economically wise decision.

Usually, ceiling fans are rated by Energy Star, which means that the ceiling fans’ overall impact on the monthly utility cost is relatively lower than what you would see with other appliances. You get the same benefits of an AC at a much lesser price than usual, so it’s defiantly a step towards money saving.

If the room is cooled down with an AC, it’s evident that the spot nearest to the AC will be the coldest. However, when it comes to ceiling fans, the air gets distributed pretty well, and the room maintains an overall cooler temperature.

While ceiling fans gained immense popularity with homeowners as the economic savior on hot days, their downfall slowly started with the rise of modernism and technological evolution. Standing fans, central air conditioning, furnaces with cold air, and coolers have become more energy efficient and effective than ceiling fans. All these new technologies have then eliminated the need for even installing a ceiling fan.

These new features also have a sleeker and more modern look to them which is currently trendy. Thus, more homeowners prefer to opt for chic and minimalist appliances to maintain an on- trend look. Unfortunately, traditional ceiling fans can not embrace that look, contributing to their slow but steady demise.

Reasons Why Buying A Ceiling Fan Is Still Worthwhile

Did you know that you can now install ceiling fan light kits for your fans? Not only do they light up the room, but they double up the purpose of an otherwise simple appliance. You can easily find fans with the fittings done beforehand or install the kits on your own. Who doesn’t love a multipurpose device? And you save up money that you would have to spend on fancy chandeliers and pendant lighting.

Ceiling fans generally help to maintain an overall cooler temperature throughout the room.

The steady breeze is perfect for creating a comfortable temperature in your house. They even help to distribute the cool air from air conditioning systems better and let the temperature disperse across the room equally.

One Of The Most Efficient Appliances

Amongst all kinds of fans, ceiling fans generally have the most efficiency. The fan’s blades help move around more cubic feet of air per minute, which creates a well balanced temperature level throughout the room.

In turn, the cool breeze can lower down the temperature by 8 degrees, which can save up to 40% in cost and also help with humidity.

Ceiling fans are actually multi-seasonal! Yes, you can use them in both winters and summers. While it blows down a cooler wind during the summer season, you can actually use your fan in a reverse setting to make the warm air blow upward and heat up the whole room.

So, you end up with a well-balanced and maintained temperature all throughout the year. Find out more about which way a ceiling fan should turn here and how a ceiling fan can help during winter.

While old ceiling fans were criticised for the rotation sound they make, new fans do not have that annoying sound anymore. Instead, you get a quiet and relaxing environment with the excellent breeze washing over. This was done by incorporating timber blades which make the design essentially sustainable as well.

While interior trends will constantly change, the best thing about ceiling fans is the number of customizations you can avail. From different finishes to different colors and even ornamentation on the ceiling fans themselves, the ceiling fans’ possibilities are endless.

The design options are endless, and you will thoroughly enjoy the process. In fact, you can even contact manufacturers to personalize your ceiling fans by designing them according to what you like. So, add your own personal touch to each room in every detail!

If you’re keen on DIY, you can even paint a ceiling fan! 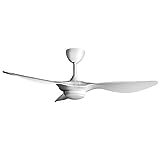 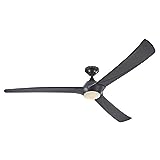 While you may think that ceiling fans are falling out style, that simply is not true. You get to design your house however you like, and ceiling fans are a great economical option to reap the maximum benefits. We hope that our articles helped you make the best decision for your house and interior design. Good luck!